This section is for the collections of finely carved old totem poles and tun tun. These ornaments are important not only for decoration as well as ritual and ceremony in Asia. Totem poles of various indigenous tribes around the world usually have interesting stories to tell.

The carved wooden object usually takes the figure of a woman or a man or a decorated pole. What comes into play is the  availability of skilled woodcarvers and what he is comfortable with during the carving of totem poles.

A certain amount of ritual usually accompanied  the ceremony of erecting the sininggazanak. The Bobohizan (native medicine woman) would usually lead the chanting of prayers calling upon spirits to enter the monument or totem poles. Therefore, by doing so, the good spirits will be the guardians of the totem poles. As a result, a lot of respect will be accorded to the monument. Failing which the disrespectful will either fall sick or even die.

As Kadazans in these districts are now mainly Roman Catholics, this old cultural practice has slowly died out. Interestingly, according to Peter Phelan in his book, Kadazans are not the only people who practised this in the Malay world. Quoting Ogden, Bataks in Sumatra too practised the same thing. Thus, to make sure the spirit of a person who had died heirless rest in peace. Then, a life-size image of the dead was made on the totem poles. Therefore, this is called Si Galegale in the Batak language.

These artefacts are suitable for home decoration for their cultural tribal outlook. 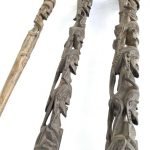 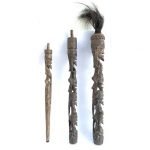 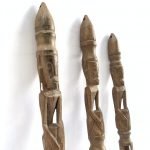 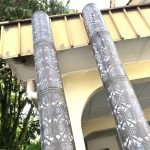 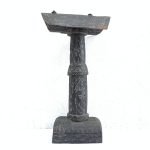 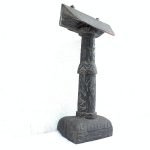 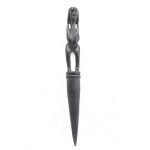 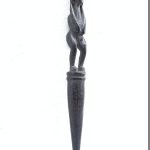 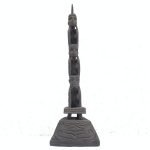