In this section presents rattan weavings baskets mats by the tribes in Asia. High quality rattans, flexible and tough are carefully selected through the deep rainforest jungle in Asia.  Enjoy the finest collections of design motifs from the tribes.

Each type of Dayak Desa basket is made to serve one specific purpose. This style, called ragak sedang is used only for washing vegetables. Other rattan weavings baskets mats made by the Dayak Desa include cupai for collecting plants. Tabung storage baskets, bubu fish traps, and round tanggui sun hats. The Dayak Desa are one of many subgroups of the Dayak people, They inhabited the forests of Kalimantan for millennia. More than six hundred Dayak Desa women in sixteen villages belong to a local cooperative called Jasa Menenun Mandiri. Dayak Desa baskets and textiles feature intricately stylized plant and animal motifs.

Rattan weavings baskets mats or known as apai are produced by a traditional longhouse, East Kalimantan. It is durable, plain-woven mats called lampit cover the floors in most Dayak longhouses. But to receive guests and perform ceremonies, the Dayak Bantian lay out special patterned mats called apai. Most apai bear intricately woven plant motifs, or illustrate stories of the clan gods and ancestors.

On the other hand in Ransi Panjang, the villagers call this basket a cupai. They use it to collect fruits, vegetables, and other plants from the surrounding forest.

The Dayak people load up kiang with wild vegetables, firewood, or game from the hunt. Lacing on the back allows the rattan weavings baskets mats to expand to the size of the load. Men usually carry kiang baskets, but some Dayak women show off their strength by shouldering kiang-sized loads.

The forests of East Kalimantan hold Indonesia`s last wild rattan palms. The Dayak strap heavy loads of sugarcane or wild breadfruit on their backs in berangka rattan weavings baskets mats like this one. Daily life in Dayak villages depends on wild plants. Every day, the Dayak extract fruits and vegetables, rattan cane for baskets, fuel for the kitchen fire, medicines, dyes, and countless other items from local forests.

In another Dayak village,  Women use anjat to store clothing, or to carry goods to market. On the other hand, Men use almost identical rattan weavings baskets mats for hunting or collecting fruit. The men`s baskets are undecorated, while anjat or ajat feature intricate designs.
Rattan Weavings 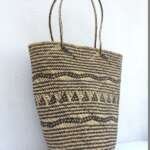 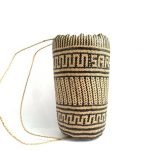 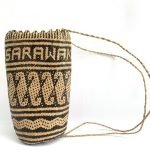 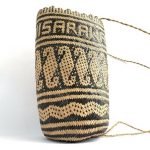 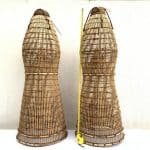 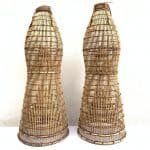 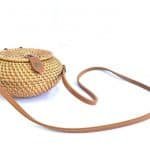 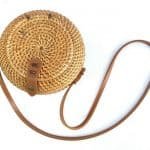 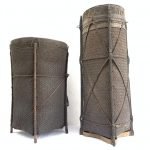 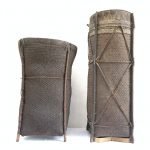 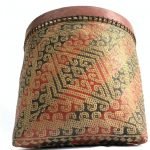 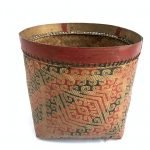 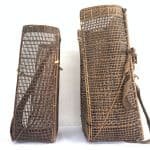 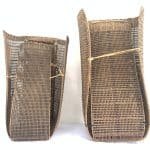 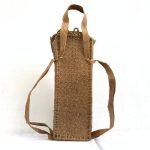 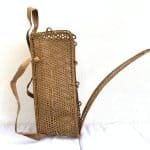 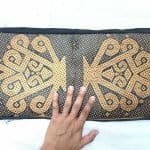 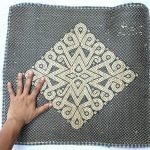 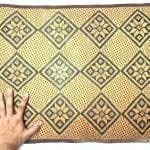 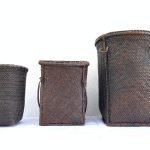 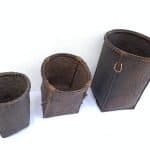 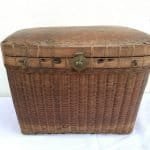 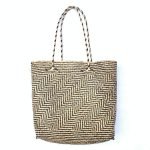 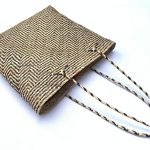 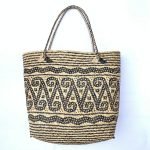