This traditional carriers comprises woven rattan over a wooden base and an exterior embellished with a panel (aban). They are beaded with coloured glass beads, conus shell segments, yellow beads. As well as  old East Indies Dutch colonial coins, which are dated variously 1939 and 1945.

The traditional carriers central beaded panel has a central demon figure surrounded by white hornbill head motifs. The curled tendril-like motifs are characteristic of Kayan/Kenyah Dayak art. The panel is attached to the rattan frame by means of natural twine.

Conus shell slithers were a traditional form of money on Borneo. The glass beads used on the aban panel most probably are of European manufacture. Large quantities of these beads were imported into Borneo for use in necklaces, baby carriers, skirts and so on.

The traditional carriers retains its original wooden seat which sits inside the carrier on the wooden base. The seat can be lifted out completely.

It was believed that the souls of young children might wander and come into contact with disease and illness. In order to protect their babies, mothers would attach their babies to their carriers with prayer. Thus, the dramatic demonic figure on the beaded panel traditional carriers was designed to protect the child by scaring off marauding spirits. 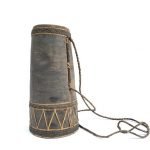 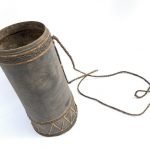 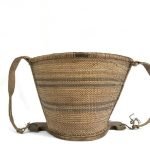 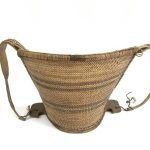 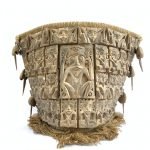 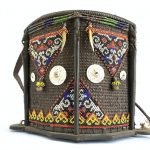 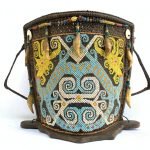 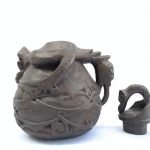 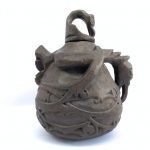 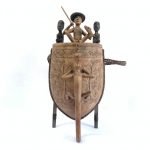 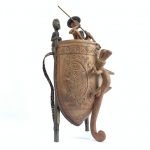 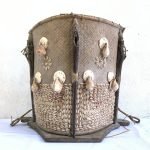 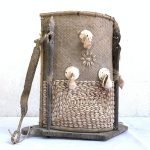 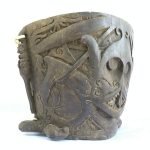 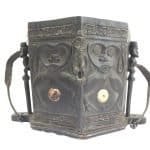 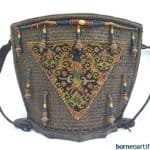 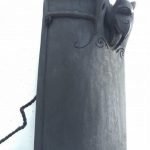 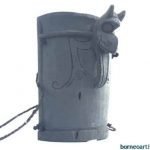 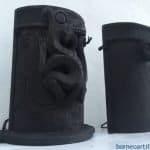